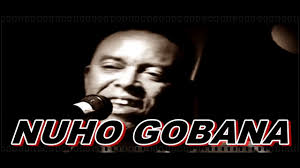 The Oromo nation is mourning pioneering musician Nuho Gobana, who has died aged 74 after a long career that saw him produce timeless classics, including many songs urging the Oromo people to find their strength and unite to demand change.

The still couldn't believe the towering hero, legendary Artist Nuhoo Goobanaa has left us 💔💔💔💔
We' ll cherish and celebrate your shining achievement for eternity 😥 pic.twitter.com/P0R4QPivFS

The Oromo nation, despite being Ethiopia’s largest, was marginalized by successive Ethiopian rulers.

Nuho had been ill for some time – and when his fans realized the seriousness of his situation a few months ago, they bought him a house in Adama, east of the capital, Finfinne, where he died on Tuesday night.

During the Marxist military dictatorship of the 1980s, the musician left Ethiopia, living as a refugee in a number of countries including Djibouti, Saudi Arabia, and Canada.

”Back then, Nuho was doing songs to empower his people. His music was easily memorable,” his long-time friend and notable musician Elemo Ali recalls of their life in Saudi Arabia.

Another of his friends, Abdo Alisho, has spoken of how powerful his songs were: “They made you love your country. Nuho lived for his people.”

He went on to influence younger Oromo singers like Hachalu Hundessa, who was killed in 2020 and whose songs had become anthems in a wave of protests that led to the downfall of Mr Abiy’s predecessor.

Nuho didn’t just sing in Afaan Oromoo, but writing lyrics in other languages and in Arabic when he was abroad.

Speaking to the BBC from his hospital bed two years ago, the musician had the same message to his fans: ”Keep your unity strong.”

One of his most famous songs was Tokkummaa, which means unity in Afaan Oromoo – and which was also the title of a popular Hachalu hit.

More from NewsMore posts in News »