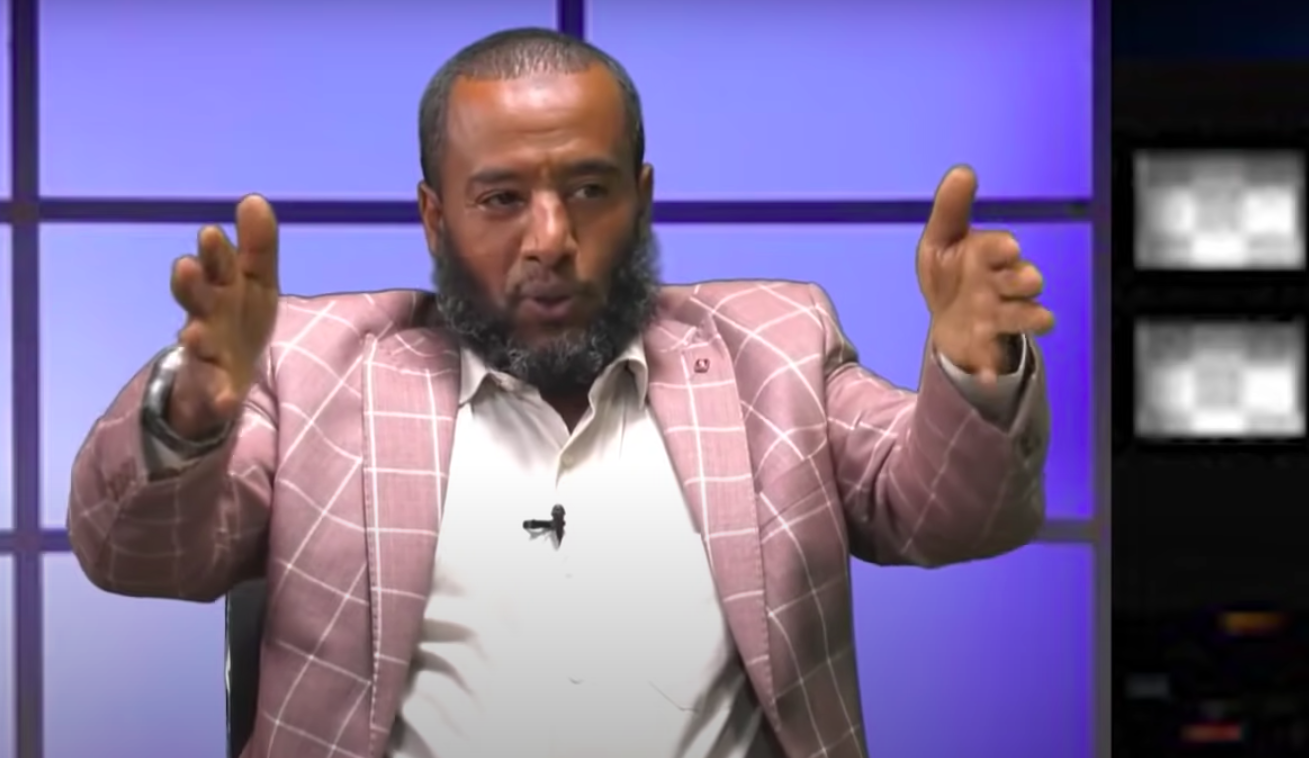 Famous for his Manzuma (Islamic songs),  as well as for being among the pillars of the Oromo struggle through music and poetry, Ustaaz Raayyaa Abbaa Maccaa says patriotism and devotion to faith was something that was passed on to him from his father, legacies that he maintains and continues to live by today.

Introduced to the realm of Art when he joined the Oromo struggle for freedom, Ustaaz Raayyaa Abbaa Maccaa has since released 32 Manzuma albums in Afaan Oromoo.

Besides teaching the Islamic faith, Ustaaz Raayyaa has also taken on the role of portraying the plight of the Oromo in Ethiopia in his Manzumas.

My full name is Raayyaa Abbaa Maccaa Haji Abbaa Gedoo Abbaa Sanjii Abbaa Booqaa Abbaa Diimaa. I was born in the Jimma zone, district of Gomma in 1972. I grew up in a rural area where there was extreme hardship, because of which I was unable to fully concentrate on my education. I studied from grade one to four in the same village where I was born and then moved to Jimma to study grades five and six. Grade seven and eight, I studied in Finfinne where I ended up starting a family — the place where my formal education ended.

From a very young age, I grew up in a society that had grievances. My father had imparted on me two causes to be entrusted with, which he got from my grandfather: the first is Oromummaa, and the second is my religion. Our faith and identity, which are natural rights given to us by the almighty, were regarded as a crime by the then government in the place where I grew up.  This is the reason why I joined the struggle.

In 1991, when the Derg regime fell and EPRDF came to power, resistance from other groups continued. From these groups, I joined the one that stood for the rights of the Oromo people —the Oromo Liberation Front. I took training in the 24th division of the Oromo Liberation Army in Harawaacaa town and participated in several battles afterward. Even though I was caught and imprisoned for a long time, I didn’t leave the struggle. I couldn’t betray the principles imparted to me by my father.

I joined the Hawwisoo Bilisummaa band with whom I released songs titled “Hafuursaa Loli” (blaze and fight) and “Namni Dhugaadhaa Kami?” (who is the man of truth?),  among others.

When the situation grew increasingly difficult and many of my comrades left the country, I couldn’t bring myself to follow them. Even though I couldn’t live well and teach the Qubee generation how to live, I was not about to go into exile and teach them a life of exodus.

When I stayed behind later all on my own, I never stopped playing my role in the struggle in the way I know best – through art. I did not stop because I couldn’t have even if I had wanted to; artists would go crazy if they stopped doing art.

Manzuma and the Power of Poetry

I started Manzuma with the help of lyrics and melodies that were produced by others before me. While making secular music might be easy, that isn’t the case when it comes to Islam which requires serious responsibility and meticulousness.

So far, I have released 32 Manzuma albums in Afaan Oromoo.

In fact, I wasn’t aware I was talented in writing poems until I was exposed to and began working on Manzumas. And, once I started making Manzumas using my own lyrics, the next challenge was competing with others who were involved in the same work.

Even though it was a challenge at the beginning giving the audience what they wanted to hear,  they soon started liking my work which motivated me to continue to improve my own work instead of looking to other artists for lyrics and melody.

The Oromo, along with their language, Afaan Oromoo, have been dehumanized and humiliated for a long time. I would like to express my appreciation and heartfelt gratitude for the older generation who had to endure such challenges and still managed to preserve the language and pass it on to my generation.

I took very keen attention to the Oromo Language when writing my poems, Manzumas, and passing information to the general public – something that I take great pride in and get satisfaction from. It has now been almost 20 years since I started a family in Finfinne and still, my conviction is that I have no other choice but to speak, preserve and develop Afaan Oromoo which I believe is my duty.

I try my best to present my work in a way that it is possible for each and every Oromo speaker to understand my messages. Currently, my works have grown beyond the Oromo-speaking community and have begun attracting more and more audiences. And, whenever that happens, I get joy from the growing nature of the Oromo language and the fact that my faith’s messages are reaching a growing audience at the same time.

I observe a lot of problems whenever I visit the Oromo Community living in different parts of Oromia.  So, I embarked on this Oromo struggle journey of mine in order to be a voice for the voiceless people who had to endure difficulties such as ending up fleeing the country due to unbearable conditions and being evicted from their homes to end up internally displaced.

Since most people cannot express themselves openly due to fear of punishment and lacking the space for an open and democratic society, they just store their problems in their heads and soldier on.

I love playing my role in helping solve the multifaceted problems facing individuals displaced or evicted by war or conflict in Oromia. Especially, I was so excited when I visited the Oromos who were evicted from the  Somali Region and resettled in Sawweenaa district of Baalee Zone in Oromia, and I got a great deal of joy from doing what I could for my people that lacked basic necessities such as food and medicine.

More than anything, it makes me really happy knowing that I am being a voice for my people that are living the tragedy of being evicted and displaced from their homes. It also gives me great satisfaction to share with the less fortunate during The Holy Month of Ramadan.

In all the years I have been producing Mazuma, it was the moral support from my people that kept me going.

The more my Manzumas were embraced by the audience, the more I became devoted to working even harder.

The lukewarm response from the audience to  My 31st Manzuma album, which was released in 2018, had brought my morale down for a moment. And,  even had me reconsider the release of my 32nd album for a while.

But now, giving in to the strong demand of the Muslim community, I have produced my 32nd album.