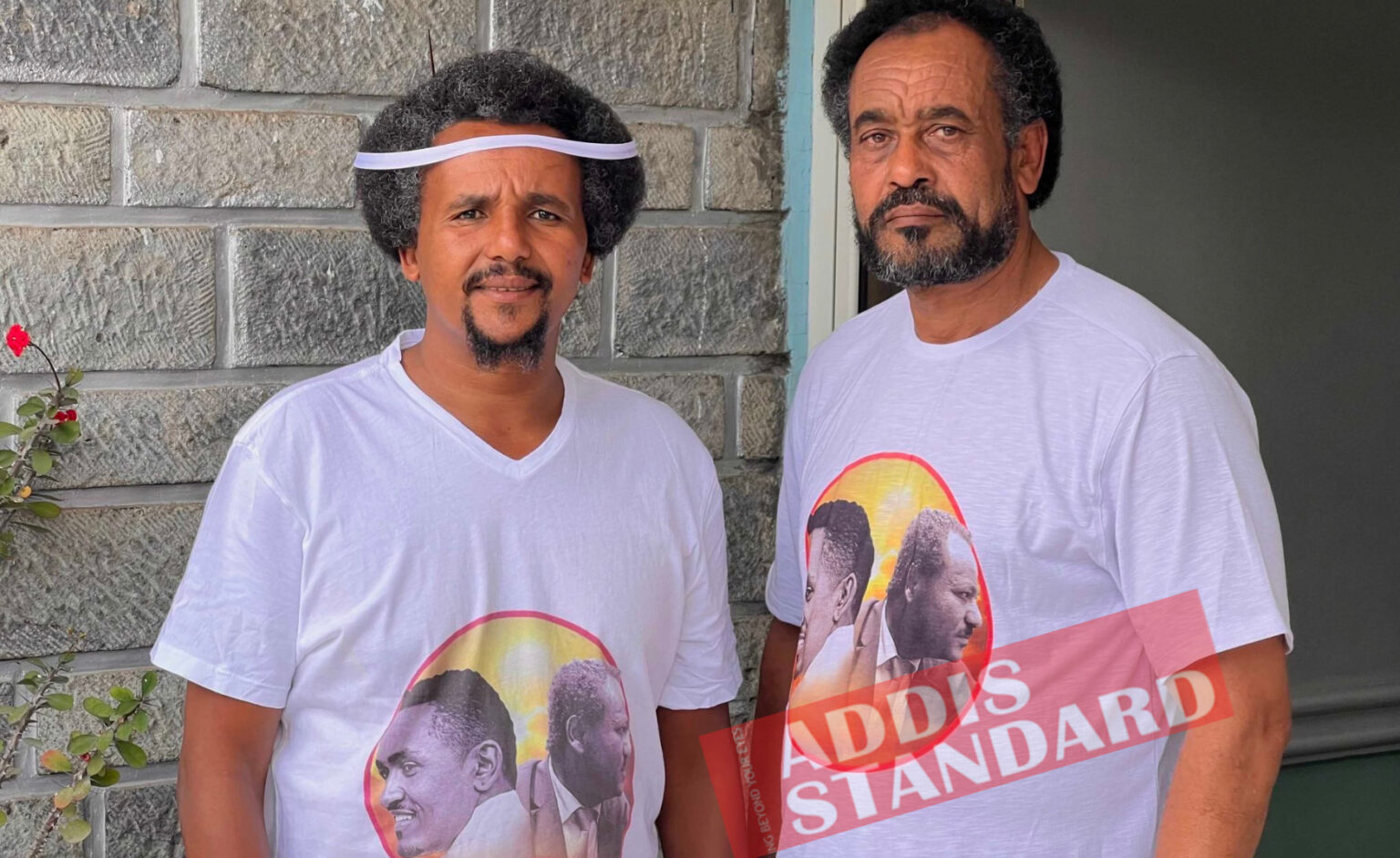 We were released on the 7th of January 2022 after 18 months of wrongful imprisonment. It bears repeating that our arrest and detention in the aftermath of the assassination of the iconic Oromo artist, Haacaaluu Hundeessaa, was motivated by political considerations. It’s also not lost on our jailers that we committed no offense and that we were held unlawfully on bogus charges designed to increase the ruling party’s electoral fortunes. The decision to expunge us from the political space – in the run-up to the general elections – was made because the ruling party saw us, our movement, and our causes, as a threat to its grip on power.

A lot has happened in Ethiopia since our forced removal from the political space. The worst possible scenario that we desperately tried to prevent has come to pass. Not only was the hope for a democratic transition totally dashed, the country descended into a regrettable and devastating civil war. From inside our spaces of confinement, we watched in horror the plights of millions of civilians affected by the destructive war and resulting humanitarian catastrophe. As our country teetered on the brink of collapse and the social fabric shattered into pieces, all we could do from our prison cells was weep in anguish and pray for better days. We are particularly appalled and saddened by the atrocities and depredations committed against civilians in Oromia, Tigray, Benishangul Gumuz, Afar, and Amhara states.

It might be too late to undo most of the damage done to the country and its people over the last 13 months. However, we believe there is still a small window of opportunity to prevent further destruction, restore peace through reconciliation, and rebuild the country. It goes without saying that such an arduous task requires a genuine political will and good-faith engagement from all stakeholders.

– Recognize the government’s recent change of tone towards seeking peace and reconciliation over conflict and confrontation that has dominated its discourse over the last two years. These encouraging promises should be followed by practical and irreversible actions.

– Call on all parties to seek a peaceful and negotiated resolution to the ongoing wars, particularly in Oromia, Benshangul-Gumuz, and Tigray. Until a negotiated, comprehensive ceasefire is achieved, we call on all warring groups to safeguard the safety and protection of civilians, property, and infrastructure.

– Call on all external actors to play a positive role to end the civil war in Ethiopia and facilitate peace and stability in the Horn of Africa region. We implore them to refrain from fuelling the conflict by providing political or material support to any of the warring parties. In particular, countries in the Red Sea area and the wider international community should – with one voice – apply pressure on all parties to sit for a negotiated settlement to end the war.

– Call on the Nations, Nationalities, and People of Ethiopia to resist the ongoing civilian militarization, hate-mongering, and unbridled call to arms. We also call on the media to play its part by refraining from broadcasting partisan narratives and fanning hateful propaganda.

– Continue to mourn the loss of the iconic Oromo artist, Haacaaluu Hundeessaa. We reiterate our call for a thorough and credible investigation into the circumstances and motives behind Haacaaaluu’s cold-blooded murder. His family and the public at large deserve to know the truth about who planned, ordered, and carried out such a heinous attack on one of the Oromo nation’s most treasured and prolific artists of this generation. Marred with political interference and cover-ups, the justice system has failed to provide a believable account of what happened the night that Haacaaluu was assassinated – let alone prosecute the perpetrators. We, therefore, call for the establishment of an independent investigative body to uncover the truth.

– Call for the immediate and unconditional release of many of our members and supporters, senior OLF leaders and its members, and thousands of other political prisoners, journalists, activists – including those detained in ethnically targeted raids under the State of Emergency who have not been released.

– Continue to believe war is not a solution to Ethiopia’s complex political crisis. We hope that the events of the past year have made this truism abundantly clear for the majority of political forces in Ethiopia. Only a serious and genuine negotiation and dialogue among nations and nationalities of this country can lead to lasting peace and mutually advantageous coexistence.

Finally, we would like to express our immense gratitude to the entire Oromo nation for their perseverance and tenacity in maintaining our unity and fraternity under conditions of overwhelming adversity; to those who stood by us throughout the awful ordeals of the past 18 months; to our families who cared for us with smile and optimism despite being subjected to regular harassment; our visitors who flocked every day to show their solidarity; to friends and supporters who relentlessly campaigned for our release; our lawyers who defended us passionately and bravely in the face of significant threat to their lives and career. We lack words to express our immense gratitude to the team of volunteer doctors who made regular visits to the Qaliti prison providing us with medical care during our hunger strike and beyond. We are specially indebted to Landmark Hospital and its staff who saved our lives.

We would like to pay a particular tribute to one of our defense attorneys, the late Abduljebar Hussein, a selfless defender of truth and justice who paid the ultimate price in the middle of his tireless effort to establish our innocence and secure our freedom.

Last but not least, it would be remiss of us not to express our appreciation to the federal police officers, and Kaliti prison guards and administrators who treated us with the utmost respect and dignity during our interactions. We sincerely hope the same is extended to all prisoners across the country.