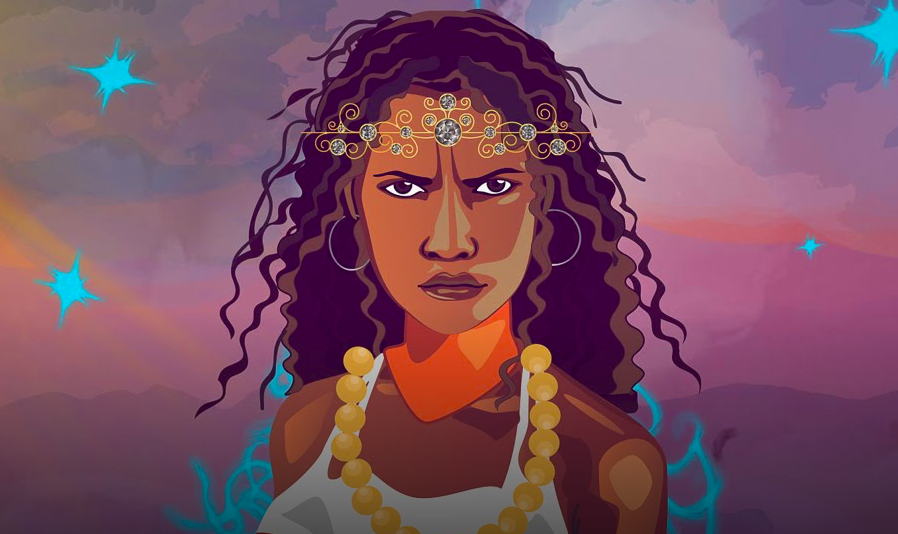 Hawecha: The Story of The Oromo Dreamer. Source: Shujaa Stories

Hawecha: The Story of The Oromo Dreamer

Two hundred years ago, when men ruled the world and young women had no authority over anything, a girl named Hawecha was born into the Oromo community.

Her father was from the Gono half of the Oromo tribe. However, he died while she was still young, leaving her and a younger sister, Dhaki, under the care of their mother. Unfortunately, the sister passed on when young robbing them of their happiness.

The Oromo being a spiritual community, had a day set aside for prayers for the mothers of the tribe conducted in a sacred shrine. The shrine has five entrances in honour of the five high priests of the Oromo people. Hawecha dutifully attended to these special prayer days. While there, she heard from Gababa Halakhe (priest) about Suleh, a woman high in the ranks of women who lived a long time ago.

Hawecha learned that Suleh went against the Oromo law and refused to get married. She claimed that she had a dream where she saw a lion mauling her. She interpreted this to mean that marriage was not for her and that if she married, she would die. Her parents would hear none of this but eventually listened to her after she went on a hunger strike and a seer prophesied her death if she got married. According to the priest, Suleh assisted those who looked up to her. Her dwelling place was Venus, and she was a star among those other stars who were her companions. Hawecha took note of all this.

Her early life was that of a typical Oromo girl, spending much of her time herding goats. However, she began to exhibit mystical powers, therefore, becoming a powerful leader and the greatest prophetess of the Oromo.

She would dream of the future, and her dreams would come true. This lead to her nickname ‘the dreamer’. Through dreams, Hawecha could foresee war, disease, drought, and famine and warned her people saving them from devastation and death.

Just when life was getting better for her, she lost her mother, leaving her under the care of her uncle. At age 18, as custom dictated, her uncle found her a suitor, and soon Hawecha was married to Juldess. Hers was a difficult marriage as Juldess was unfaithful, and to add to her tribulations, for seven years, she could not conceive and when she finally did, she lost her son during his birth. The marriage was broken and ended.

According to the Oromo folklore, Hawecha was the greatest prophet of her time. The first dream to note was a warning about an impending catastrophe caused by disease that would befall her people that came to pass. Then again, she foresaw a protracted drought and famine, which happened too.

In 1986 in her commemoration, the Comboni Missionaries founded Hawecha Girls Primary School in Marsabit. The priests made rounds to Oromo homesteads with an irresistible offer of free education to a son in exchange for allowing a girl to go to school. The school opened with 12 young girls.

A historical novel based on Hewecha’s story can be found here.