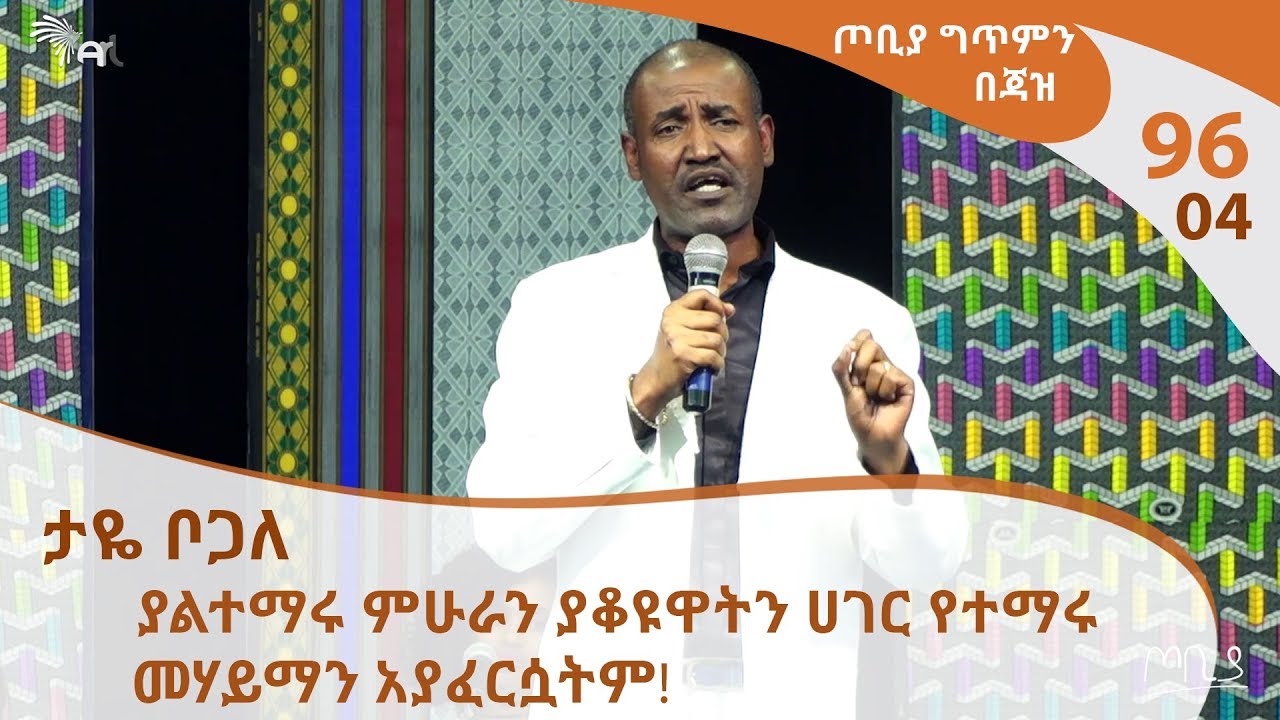 Spoken Word Bigotry: Culture in the Age of ‘Medemer’

A popular Ethiopian nursery rhyme goes አበበ በሶ በላ። Abebe, the most common name for boys in Amharic, eats beso, a traditional breakfast meal made out of barley. In the second line, Caala, equally common a name for boys in Afaan Oromo, grabs …a dagger!

Culture to Edward Said is a concept that includes “the refining and elevating element, every society’s reservoir of the best that has been said and thought. You read Dante and Shakespeare,” he says, “to keep up with the best that was said and thought, and also to see yourself, your people, society, and tradition in their best lights. In time, culture comes to be associated, often aggressively, with the nation or the state. Culture in this sense is a source of identity…a theatre where various political and ideological causes engage one another… a battleground on which causes expose themselves to the light of day and contend with one another.”

Although he wrote this in his analysis of the relationship between Culture and Imperialism, and especially of how the likes of Kipling, Dickens, Conrad, and Flaubert represented Africa, India, parts of the Far East, and the Caribbean in their works, it also applies for the dramatic turn that high-culture has taken in Ethiopia ever since Prime Minister Abiy came to power on the second of April, 2018.

Indeed, whether at events held in the National Theatre or Millennium Hall, prominent Poets and Public Speakers have been making generalised and bigoted statements about the Oromo denigrating their identity, language and belief systems. With the likes of Daniel Kibret coming right from the prime minister’s office, the Anti-Oromo bigotry seems to be officially sanctioned. Oromo artists also come to the fore to defend and retaliate. The unfolding spectacle is always ugly.

This essay is an attempt to show how this battle is taking place. In so doing, it hopes to make explicit the dehumanising discourse that limits the poet’s and public speaker’s creative endeavours.

In The Invention of Africa (1988), V. Y. Mudimbe argues that the colonising structure has three elements: the domination of the physical space, the reformation of natives’ minds, and the integration of local economic histories into the coloniser’s perspective. While all three elements hold true in case of the Oromo vis-à-vis the Abyssinian colonial state, the second element proves pertinent as it accounts for the grotesque ways in which Oromos have been depicted in the past.

We need not look any further than the Amharic language in this regard.

One proverb, for instance,  says “ጋላን ከመውለድ ማስወርድ”, meaning “it’s better to abort than give birth to an Oromo.” Another saying goes “ጋላ ሲሰለጥን በጨረቃ ዣንጥላ ይዞ ይዞራል” which translates to “the civilised Oromo walks around in the moonlight with his umbrella open” suggesting that the Oromo cannot hope to be civilised because he doesn’t know what civilisation entails. Yet another goes “የጎመን ጮማ የጋላ ጨዋ የለውም”, which translates to “good manner is as scarce in the Oromo as fat is in vegetables or greens” —fat being regarded as something of high value in Ethiopia. Yet another goes “ጋላና ጋሪ አራዳ አይገባም” meaning “the Oromo and the horse-drawn cart do not have right of entry to the city centre.” Yet another goes “ለ ጋላ ነፍስ አባት ዲያቆን መች አነሰው” which means “for the soul of the Oromo, the deacon should suffice” not a priest, let’s say, but a deacon who is lower in rank. Yet another goes “ከጋላ ጋር የበላ በአመቱ ያቅረዋል” which warns “whoever dines with the Oromo shall, after a year, suffer from heartburn.” Included in these are some of the colourful words that we heard as activist Jawar Mohamed toured the US in preparation for the upcoming election.

All these, Gemetchu Megersa notes, arise out of political domination and were translated into everyday language in the form of stereotypical sayings and expressions which served to reinforce the socio-political and economic relationship imposed upon the Oromo by their colonial masters to perpetuate the myth of their inferiority.

The nursery rhyme is not an isolated case.

Yes, it does look harmless, an honest mistake prima facie, but read within the framework of the dehumanising discourse, the actual message it carries is rather lucid.

Indeed, ‘Dagger’ is an extremely inappropriate word for a nursery rhyme that’s meant to help children wrap their heads around the Amharic alphabet. Caala could have easily grabbed a shoe. ጫላ ጫማ ጨበጠ። Or the moon. ጫላ ጨረቃ ጨበጠ። Or better yet chechebsa, a traditional meal of the Oromo which besides being semantically appropriate would have also been culturally didactic.

It certainly wasn’t necessary for him to be associated with an object that connotes ulterior motive, malice, animosity, rage, fear, grudge, revenge, hostility, blood, and violence to name a few. But there is more.

The clue, if you have noticed, to what Caala was supposed to do had he been a normal kid lies in what Abebe is eating. The making of beso literally goes through a process of shaping—as in grabbing— a handful of semi-moist, roasted barley flour into a palm-sized ball. It literally looks like the handle of a dagger. Instead of grabbing a beso, Caala’s action, albeit, runs in a different direction towards grabbing a dagger. One can, then, say that the rhyme is also intended to serve as a parable, a moral story of good and evil whereby the name Caala, a word which in Afaan Oromo means “he who succeeds or excels” is assigned a new meaning: a dagger-toting, violently defiant kid as opposed to Abebe who is associated with and symbolizes childhood innocence.

Fast forward to the age of Medemer, we have a poem by a young poet in Addis. The title: A letter to the State. ለመንግስት የተጻፈ ደብዳቤ። “I first backed the reform because it had championed the idea of Ethiopia-winet,” says the poet referring to a vague word frequently misused by ultra-nationalists who long for and draw their inspiration from the days when Amharic- speaking, Orthodox-Christian ideologues reigned supreme in Ethiopia. “Anything less” he continues “I have never stood behind and never will”, and finishes with “ኢትዮጵያ ትቅደም”  referring to a Derg era motto which is eerily similar to Trump’s “America First” or Modi’s “India First” —  phrases that are supremacist as they are fascist.

The poem highlights, among other things, the breakdown of law and order in the country and the fate of ordinary citizens following the reform that was initiated by Prime Minister Abiy. He says people have been polarised along ethnic lines. He mentions how communal violence, ethnic displacements and mob justice have come to be normalised. As a result, citizens, he says, no longer know how to contact the authorities; they can’t call, text or send an email, and hence his “letter to the state.”

A few minutes into the poem, however, Caala makes a reappearance once again but this time, he has let go of the dagger and has picked up a sniper rifle. The ever violent caala is made even more violent whereas Abebe merely cries out warning people not to eat beso.

This in a way shows how the dehumanisation and denigration of the Oromo that we see in today’s Ethiopia is not a new phenomenon; it’s directly linked to how the Abyssinian colonial masters have painted Oromos in their schools, in their churches and other institutions.

It’s an organised, consistent way of thinking that already has an established dictionary, a repertory of images all of which has nothing to do with actual Oromos. When that young poet Hilina used the word “Menga” along with phrases such as “Mehatem yizon new enji” in her poem, she is tapping from a dictionary of words that have in the past been used to marginalize the Oromo and Muslims in Ethiopia. Jan Haltin, for example, cites Mesfin Weldemariam who then speaks of an Aleqa Atsime, a 20th-century chronicler, who says “the gala like a flooding river would have spilt over Egypt” characterising Oromos as purposeless force (Menga) that could have destroyed not only Ethiopia but perhaps, world civilisation as well.

Another case in point is a spoken word by a poet named Tsegenet Kebede who blatantly ridicules Afaan Oromo by lowering its status to a sort of an eggy-peggy and implying that Afaan Oromo is not worthy of being a church language. As usual, the audience bursts into applause.

An Oromo poet then to defend and retaliate:

I can go on and give more and more examples, but the sad reality remains: poets and public speakers are polarising the country when their primary job ought to have been the exact opposite. They can use their platforms to bring people together, help us see the beauty and diversity of our respective cultures and show us how we can walk in each other’s shoes.

This is only possible through sympathy and the readiness to accept and communicate the darkest chapter of our country’s history.

Abreham Gudissa is a graduate student in Cultural Studies at the Jagiellonian University, Kraków.