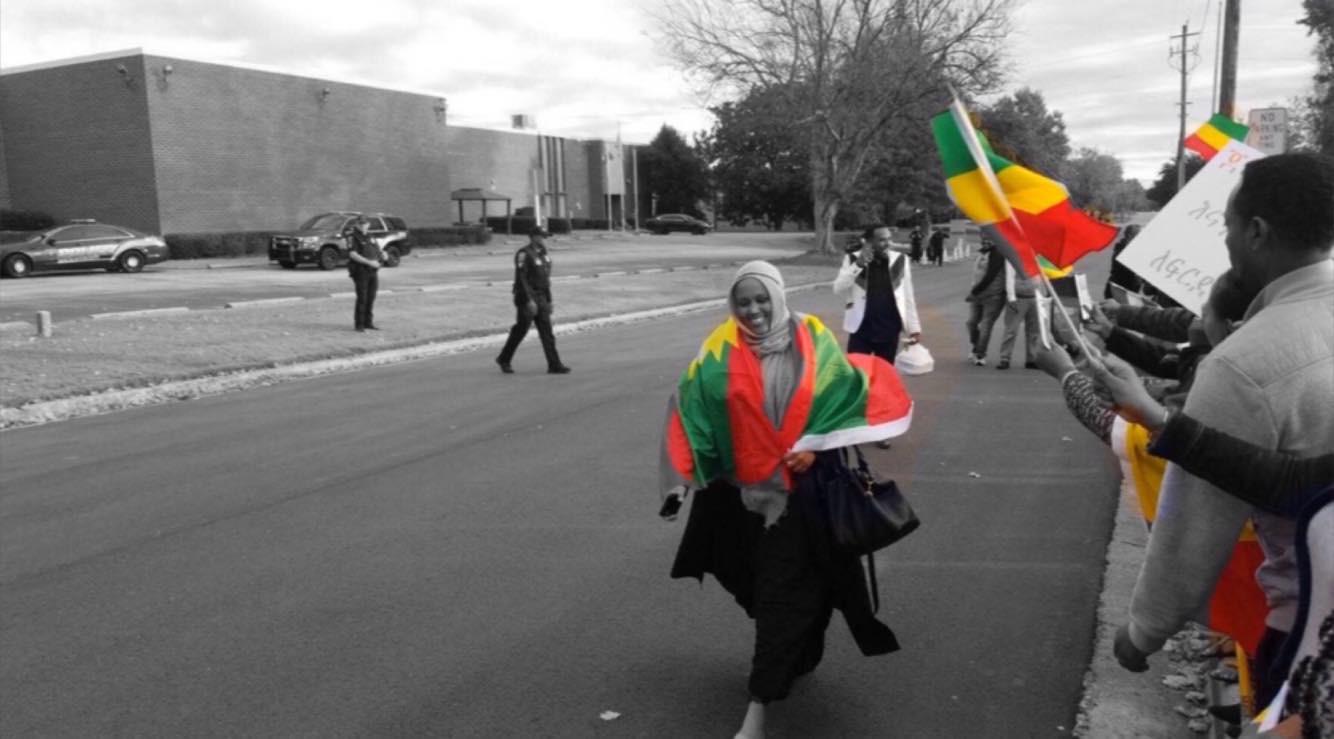 Member of an Oromo diaspora community in the US walks past a group of ethnic Amharas ignoring their hostile screams, and insults on her way to attend a meeting with Oromo public figures in 2019.

The Last Gasps of a Dying Empire

Abyssinian ideology can best be expressed in the words of Edward Ullendoorff who, after describing Islam as a menacing, militant faith; the Afar (Danakil) as people whose character and way of life almost inevitably reflect the cruelty and mercilessness that their appalling environment engenders; the Oromo as people who had nothing to contribute to the civilization of Ethiopia, as people who possessed neither material nor intellectual culture, contrasts the Abyssinian as a superior creature who has an Old-Testament way of life and speaks a language that is a virtual and exclusive carrier of Ethiopian civilization, literature, and intellectual prestige.

Needless to say, this is not a discourse of one man but an example of an ideology on which the state of Ethiopia has been built, the staple of Ethiopian historiography— a supremacist narrative that’s still being propagated in school history books, popular culture, and daily life. A scholarly construction of a tradition, a selective representation of the past which always puts the Abyssinian as a superior being in order to rationalize and justify the subjugation of the southern peoples in the Ethiopian empire.1Hultin, Jan. Perceiving Oromo:’Galla’ in the great narrative of Ethiopia. 1996.

If for Edward Said, Orientalism depends for its strategy on the flexible positional superiority, which puts the westerner in a whole series of relationships with the oriental without ever losing him the relative upper hand, Abyssinian ideology serves the same purpose for the Abyssinian vis-à-vis the Oromo, the Somali, the Afar, the Sidama, the Hadiya, the non-Abyssinian ‘other’ in general, with the former always holding the relative upper hand. As Gemetchu Megerssa notes focusing on the Oromo:

And it does go to the extremities of every aspect of life. There are lots of Amharic proverbs and sayings associating the Oromo with foul odor, violence, backwardness, the list goes on. In opposition to this, the Abyssinian smells good, is born smart and civilized.3Jalata, Asafa. “Being in and out of Africa: The Impact of Duality of Ethiopianism.” Journal of Black Studies 40.2 (2009): 189-214.

Quite interestingly, however,  since the reform initiated by Prime Minister Abiy has cast doubt on what had otherwise been a secure trajectory for the country, i.e. Multi-ethnic federalism, this dichotomy of the ‘civilized-Ethiopian-us’ against the ‘barbaric-anti-Ethiopian’ them has resurfaced in the public discourse as part of a broader attempt to stifle people’s right to self-rule and administration.

Take Abel Webela, for instance. An Addis based activist who, on his Facebook post, assumes a superior position over the Qerroo (read Oromo), and because he is ‘superior’, he characterises them collectively as uncivilised, illiterate, irrational, and violent people. Contrary to this, Abel is, of course, civilised, literate, rational, peaceful and well-informed —everything that which the Oromo lacks and, perhaps, aspires to be.

Among things that Abel knows but the Oromo do not range from locations such as Norway and Scandinavia to subjects such as physics and chemistry; prominent figures such as Alfred Nobel, Prophet Mohamed, Jesus Christ, Marx, Kant, and Newton; the French and Industrial revolution, the civil rights movement, the first and second world war, nuclear science, colonialism,  and the victory of Adwa.

In the meantime, Abel continues, the Oromo is ignorant enough to ask whether Norway is governed by the Gadda system; an indigenous, traditional governing system that, according to Asmarom Legesse, could claim to have some constitutional features that are more advanced than its European counterpart. Here, Abel is not simply questioning the cognitive ability of the Oromo but suggesting that the Gadda System is no match —because it’s inferior— to what exists or existed in Norway. In other words, in an attempt to degrade what’s inherently Ethiopian and hence African, Abel speaks for, identifies with, and figures himself in the West.

In so doing he joins a significant number of Ethiopians who, even as they claim to be symbols of black freedom, so unabashedly continue to look down upon their fellow Africans by going out of their way to assert their ‘uniqueness’ or non-blackness.

In the same line, Irreechaa (the annual Oromo thanks-giving festival) and Oromummaa (the overarching Oromo identity) he subjects to ridicule as things one should be ashamed of than something one can take as a source of pride. Irreechaa? In Norway? Are you out of your mind?

The Oromo, continues Abel, is also amazed at the fact that one can be awarded for “Peace”; peace is an alien concept to the Oromo. Oromos are violent. And hence he asks: how could the Norwegians, or the awarding body, perhaps, bestow the Nobel Peace Prize upon Abiy without him being related to them by blood? Nepotism, you see, runs deep in the blood of the Oromo.

Having settled the ‘minor’ problems, Abel, then, turns to the major ones: to the scholars4Note how he dismisses the works of Dr. Gemetchu Megersa and Prof. Asmarom Legesse. He does so not because he knows the vast array of knowledge the two scholars cover in their work—as is evident in … Continue reading behind the very knowledge that successive ‘Ethiopian’ regimes have failed to repress; to the indigenous Oromo religion5Here, he argues Waaqeffannaa, the indigenous religion of the Oromo, is underdeveloped and unsophisticated compared to Islam and Christianity; one of the reasons being that it lacks a scripture. He, … Continue reading they almost did suppress; and to a freedom fighter who stood against them, a heroic figure whose valour and dedication to human dignity continues to reverberate in the  hearts and minds of the Qerroo and Qarree across Oromia today.

One might say that Abel is  a random activist and his post not reflective of the Ethiopianist camp at large, but he is not the only one. Indeed, from newspaper headlines to articles,  ‘Poem Nights’ organized in different places in Addis and sometimes graced by the presence of Abiy Ahmed no less, to online media, radio and Tv channels, the Ethiopainist camp leaves nothing untouched in their attack of especially the Oromo whom they see as a major stumbling block. 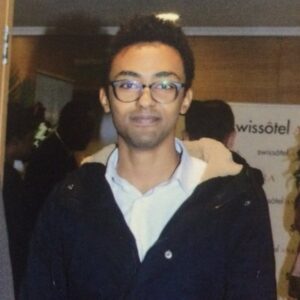 3
More from AnalysisMore posts in Analysis »