Inscriptions left by Oromo prisoners on the walls of Maekelawi prison read "A fighter might fall but the struggle continues"; "Our lands, our bones"; "ABO (Oromo Liberation Front) will win" among others. Image credit: Yadessa Bojia.

Ethiopia has been in the public eye for months now. The ongoing war in the Tigray region, in conjunction with the ongoing war in Oromia, Benishangul-gumuz, and the growing conflicts on the Sudan border is an indication that the anticipated political reform of 2018 is backsliding, taking the country deep into turmoil & unrest, perhaps beyond the point of no return. In Oromia, the land of my birth and home to the largest Indigenous African nation in East Africa, many stories go unheard. According to the Oromo Support Group’s  54th report, titled Empire strikes back: Catastrophic Consequences, there have been over 1,342 killings of civilians by Ethiopian government forces since October 2018 and grassroots sources estimate that the number of Oromo political prisoners has reached an overwhelming 50,000. Activists and community members insist that there has been a full-throttle war in some areas of the region for two years. What does that war look like, up close and unfiltered by political rhetoric? The story of Kaanenus Kaaliid may help us understand.

Up until September 2020, Kaanenus Kaaliid was an employee of the UNHCR, working on cases of refugees who have come to Ethiopia fleeing the war in Yemen. He was arrested in Shashamannee under allegations that he was working to organize local protests as a part of the Qeerroo movement. Fourteen others were jailed with Kaanenus, some of whom were released, although calls for their arrest by local police continue to force many of these young men to live their lives as fugitives, on their own land, where they have committed no crime. One of those released got in touch with me some hours ago, prompting me to sit and write this. He shared horrific details about his own arrest and emphasized that the reason he was reaching out was because of his concerns for the fate of his friend Kaanenus. To us, he may be one of thousands, but to Kaanenus’s friend, Kaanenus is a large piece of his personal universe.

Kaanenu’s friend, whose identity I will keep concealed for his safety, prefaced details of his ordeal and concerns with the statement, “I will tell you the truth of what I have experienced; it is your right as to whether you choose to believe me or not.” I paused there before continuing to read his account, heartbroken, as I recognized what I had just read to be a real-life consequence of the political charades that the Ethiopian government plays. By attempting to convince the world that it leads a country far removed from its dark past and on the path of healing, when the stories of so many paint an entirely different picture, people like Kaanenus’ friend have become doubtful that there are people left who are willing to hear their stories in earnest.

“I swear to God, they took us in a patrol car to an area where there was shallow water. They then told us to crawl in the water and beat us severely til our skin peeled.”

“Shaneedha, bosonaa fidne, Jawaartu erge, jedhanii nu tuman,” he shares. They are Oromo Liberation Army fighters, we brought them from the forest; it was Jawar who sent them.

The Ethiopian government’s primary weapon of war, inside and outside of the country, is propaganda. In this part of Kaanenus’ friend’s account, we see this very propaganda fueling a torturer’s power trip over the bodies of young men who have done nothing wrong. What is the intended effect of this kind of inhumanity? It is to crush the spirit of resistance in the hearts of the masses, a resistance that demands multi-national plurality and a realised self-determination. If such tactics are successful, a path is successfully cleared for the Prosperity Party’s political ideology to reign unchallenged in Oromia and beyond.

This is a narrative that you hear often amongst the Oromo today, and it’s a telling one considering that it was Menelik’s military conquest of Oromia and other parts of the horn region that saw events like “Harka Muraa, Harma Muraa” transpire. In the case of Harka Muraa, Harmma Muraa, which literally translates to “cut the hands, cut the breast” – a peace deal was offered to the Oromo in Anoolee who had been fighting Menelik’s army consistently for over a decade. Hundreds of those that came unarmed had their left hands (for men) and left breasts (for women) cut off as a way to humiliate the people and crush the resistance to Menelik’s colonial ambitions. This took place in the second half of the 19th century. I don’t think that this part of Kaanenus’ friend’s account is intended to have us draw a literal comparison between eras to make a pragmatic judgment that says which is worse, how are they the same, etc. Rather, it points towards a collective feeling that says: the root cause of our oppression is still here.

Through this all, Kaanenus’ friend emphasizes that at least he has been able to flee, and he is able to hide, but that Kaanenus is still in the hands of his captors, where he continues to experience torture and in Kaanenus’ words, a dangerous loneliness. I wish I could tell you more about who Kaanenus Kaaliid is. His age, where we went to school, how big or small his family is, what his dreams for the future are, but I don’t know these things. I can imagine though. I can imagine that his ambitions to serve refugees may connect back to his knowledge or perhaps, personalized experience of conflict-driven displacement. I can imagine the extent of the emotional and spiritual pain one may endure as they wonder how they could serve an institution that is supposed to protect people from human rights abuses, and have none fight for him today. I wonder if he knows about the hunger strike. I wonder how confidently anybody could tell Kaanenus that the Ethiopian state wishes peace, prosperity, and justice for him. I wonder what hope means to Kaanenus today, tomorrow, the day after.

This is the third week of a hunger strike initiated by high-profile Oromo political opposition, Jawar Mohammed, Bekele Gerba, Hamza Borana, and Shemsudiin Taha. Days in, other political prisoners joined, bringing the number currently on hunger strike to twenty-two. They are demanding the release of Kaanenus and the other 50,000 Oromo political prisoners currently sharing similar experiences to what you have read here. The hunger strikers are adamant that either their demands are answered, or they die, #starvingforjustice. In a similarly courageous spirit, Kaanenus’ friend concludes his written account to me with the following words:

Nonetheless, because we have such strong determination and keen strength, our morale has not decreased. A people who have truth will never be broken. 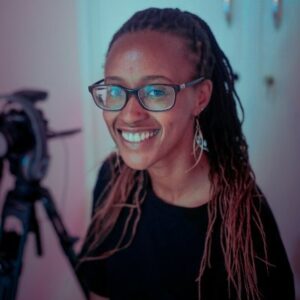