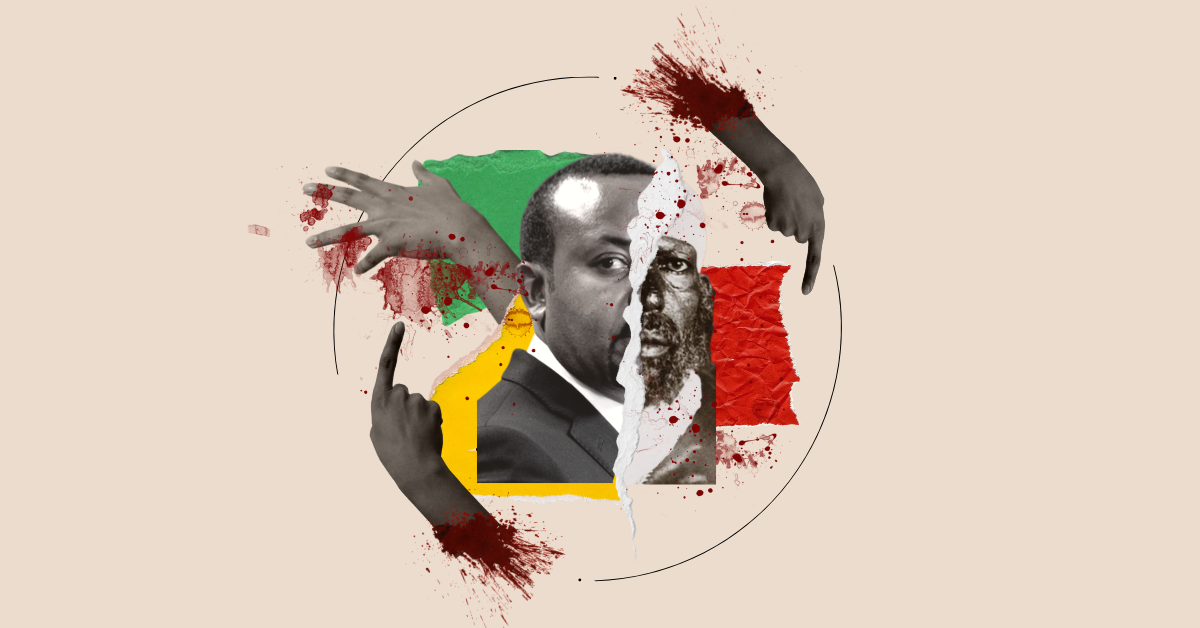 “The past isn’t dead. It isn’t even past.” Illustration by Julia Kania.

Ethiopia’s “Other War” in Oromia

We are witnessing a horrifying escalation of violence in Ethiopia’s Oromia region. Footage is being released of people being burned alive by soldiers and human heads being paraded on pikes by Amhara Fano militants. Every few days bring news of another massacre. The government is using drones and jets to dominate its own people. The region is becoming a human slaughterhouse.

What we are witnessing is not new. The Ethiopian empire was built on this gruesome violence in Oromia and other regions of Ethiopia. Today, this hellish destruction of life is either the empire desperately grasping to complete itself or its death fever.

All people of goodwill must denounce this unburied imperial past and cry out for a ceasefire, dialogue, and a political solution. Millions of innocent lives are at stake, especially women, children, and the elderly.

“The past isn’t dead. It isn’t even past”

The respected historian Harold Marcus documented how the Ethiopian state was built by this imperial violence in his authoritative 1975 book, “The Life and Times of Emperor Menelik II.” Reading this dry, academic book about Ethiopia 130 years ago is so painful because it sounds so much like Oromia, Tigray, and elsewhere in Ethiopia today. It seems little has changed besides the destructive force of modern weapons. Marcus’s descbes how the Fano militia served as the forerunner of the imperial army:

This is exactly what we saw in the Tigray war and what we are seeing in the Oromia today. Marcus is clear about how Menelik’s Shoan military would then follow Fano’s terror. He writes:

This is the pattern we see today: Fano and other identitarian militias violently attacking across borders; the federal government exploiting this carnage for its advantage; and the catastrophic destruction of human life and the devastation of local economies. There is no denying these painful realities.

Many people, especially in groups like Fano, see that empire as their legacy and inheritance. Thus, they see doing what Fano did as their right and unfinished destiny — not merely as an anomaly of conflict. This is why I don’t believe these atrocious massacres are accidental. The difference is that we now have smart phones and social media to watch it happening.

This has been dramatically escalated by PM Abiy militarizing the entire civilian population in his war campaign against Tigray in which Fano was a crucial force. Abiy has knowingly re-activated that total war mentality of the imperial state-building project from 130 years ago.

And this is why millions of Ethiopians want nothing to do with “Ethiopia.” If being “Ethiopian” means being part of the Ethiopian empire, they know what that looks like and where it goes. They understandably do not want a repeat of that nightmarish past.

A crucial task for Ethiopian leaders today is to articulate a future for Ethiopia that is not a rerun of the imperial past marked by terroristic identitarian militias, imperial/federal domination, and the mass-production of poverty via the looting of regional economies for the federal government’s enrichment. And “Ethiopia” means Ethiopian poeople — the ones who are being burned alive and paraded on pikes, not a nostalgic fantasy or abstract idea. People, not power. People, not profit.

Leaders who can imagine and advocate for that vision have the best chance of preventing the country from shattering itself like the former Russian empire. 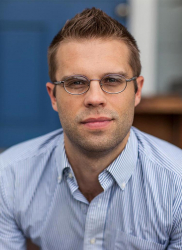 Andrew DeCort
Andrew DeCort holds a doctorate in religious and political ethics from the University of Chicago. He has taught ethics, public theology, and Ethiopian studies at Wheaton College.

141
More from OpinionMore posts in Opinion »