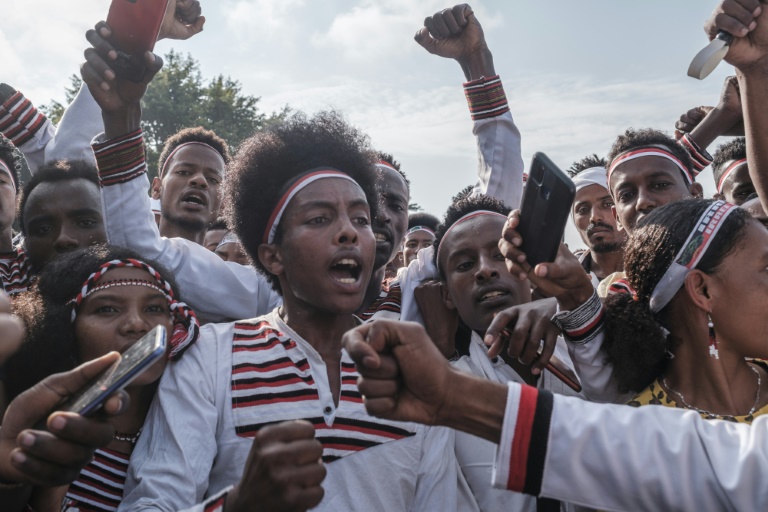 A decentralised and diverse struggle, vital to achieving independence

When it comes to the Oromo Protests, the World, Ethiopians, and sometimes Oromos either intentionally ignore to shed light on the reasons behind the success of the Qeerroo movement or lack the sophistication needed to understand the movement’s success.

Personally, I doubt foes of the movement lack the intelligence to understand that its success is due to its decentralized nature. That understanding, however, didn’t stop their surprise when a movement that consisted of sub-groups within larger groups and lacked real central leadership rocked the very foundation of a state built on the myth of Oromo inferiority and nearly destroyed it.

Unfortunately, the movement had Oromo foes as well; those tend to promote a singular Oromumma. An Oromumma focused solely on competing and contending the dominant Habesha narrative and is only beneficial to an elite class that failed to deliver and continues to gamble with hard-earned gains, and as a result, entrapping a nation of nearly 50 million-plus inside a dangerous construct state and endangering its independence.

While being against armed struggle in principle for reasons that I cannot discuss at the moment, the recent changes made by the new and energized Oromo Liberation Army (OLA) made me reconsider my position, still with some reservations.

The OLA succeed at addressing inclusivity by establishing branches at district level Ganda and ensuring the participation of all Oromos in the liberation movement.

Nevertheless, the centralizing nature of the liberation army sends signals that the mistake of centralization in an Independent Oromia is a possibility. This factor could very much threaten the very idea of self-determination that hundreds if not thousands lost their lives trying to achieve.

Like Ethiopia itself, the centralization of the struggle and subsequently power in the newly established entity, Oromia, after four and half decades of peaceful and armed struggle, proved to be a mistake at best and a form of subjugation at worst.

More importantly, the concept of centralization is unOromo in and of itself. Whereas under the Gadaa system five Gadaa orders or Shanan Gadaa Oromoo (Arsii, Boranaa, Ituu-Humbannaa, Maccaa-Tuulama and Gujii) operated in parallel. Each with their five/four Gadaa parties or Gogeesaa Gadaa (number of parties differing from one Gadaa order to another) competing amongst themselves to take over after the conclusion of a 40 years cycle.

I witnessed this practice of decentralization while attending my own tribe Caffee both as a witness and as a representative of my own family. Each family had a representative and that representative had a say as much as the chief and his councilors. Decisions were made on important matters such as land disputes, marital disputes, harvest season, and more.

After a long reflection, I came to the conclusion that centralization was devised as a tool to promote a singular Oromo identity, compete and contend with the dominant Habesha narrative and benefit the Habeshanized, elite, educated class.

Another controversial conclusion I came to is that the struggle or Qabsoo has been hijacked by interest groups and superpowers who see the survival of the Ethiopian state as vital to their neo-colonial projects. The Oromo elite knowingly or otherwise submitted to this project and decided to sabotage the Qabsoo.

What is the solution?

For a start, a real examination of #Oromoprotests. We do that by studying methods applied by high school and university students to topple what was once considered Africa’s strongest party and devise a means to deploy them when needed.

This examination cannot be effective unless decentralization as a concept is studied and propagated, hence a deep look into successful attempts at decentralized struggles elsewhere. But I would argue that such studies would be futile unless the educated class embark on a journey to educate a population that is only 30% literate and lacks understanding of concepts such as diversity, citizenship, decentralization, and nationhood.

I would also advise that we focus on an approach that distances the Oromo from the Ethiopian state, an approach that would shatter the falsehood that it is a state for all nations and dismantle the concepts of fake unity.