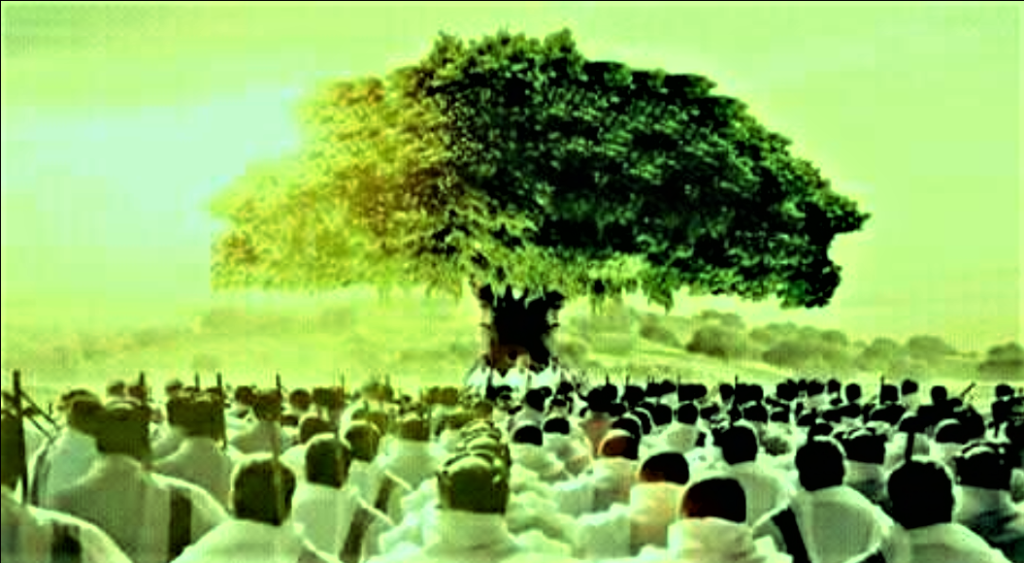 Ibsa Gutama is a veteran Oromo politician who has been involved in Ethiopian politics since the Imperial era. His 1966 poem “ኢትዮጵያዊው ማነው?” (“The Ethiopian, who is he?”),  was famous for questioning the State-sanctioned  Ethiopian identity at that time. Ibsa was the representative of the Oromo Liberation Front (OLF), former Minister of Education (1991-1992), and former prisoner of conscience (1980-1990). He is also the author of numerous books, one of which, Prison of Conscience, recounts his time in prison.

Weighing in on current Oromo politics, he urges Oromo youth to draw lessons from their indigenous Gadaa System, and focus on building institutions than glorifying individual leaders. What follows is his (slightly-edited) comment taken from his Facebook page.

What is more important: institutions or individuals?

Modern Oromos are more adapted for the practice of worshiping individuals rather than focusing on building institutions. This makes one blind, numbs the mind, and results in depending on individual leaders. Even before deeply studying, we can see democratic Oromo political culture gives more space than any other contemporary then in the world. Therefore, there is no reason to imitate others fully rather than studying and being guided by our own.

The Gadaa System involved all members of society from the baby to the oldest. Society is divided into age groups of eight years. All are assigned jobs fitting their age. In this way, they are partitioned into five parties (Gogeessa or Gadaa). A Gadaa stays at one level for eight years. All levels are periods of learning and training. Each group comes to the highest societal power after forty years. Gadaa group coming to power is called Luba. The group becoming Luba had collective responsibility to govern the country.

The Luba elects a committee of nine (Salgee) from among itself for executive function. These had also a collective responsibility. Because he holds the Bokkuu, the symbol of power, the Abbaa Gadaa is seen with respect and love by peers and the public. Otherwise, he is only one among equals. Other than having equal accountability for their assignment there was no separating one and praising or flattering. The Luba institution was praised or thanked for its members’ deeds. It would be nice if the present generation adopted this.

Individuals may be deposed, get imprisoned, killed, or turn on the Kaayyoo. Therefore, as long as they are actively functioning the institution has to be praised or be accountable for all its deeds. It is not individuals but institutions that can give viable assurance for the nation. If individuals do well, the institution will praise and award them; society also looks upon them as patriots.

For instance, Daud and Marara lead organizations known as OLF and OFC with their co-members. Maroo leads OLA with his peers. All are there for a limited time with the grace of their peers. According to Oromo culture and tradition, to separate these individuals from their peers and praise them alone amounts to saying their peers do not exist. This could have a negative impact on their comrades internally and from external third parties on the individuals,  for the praises are most of the time, irrational, illogical, and antagonistic.

In an institution, there is a division of labor. It is proper to praise or criticize OLF, OFC, or OLA for their performances. Individuals operate representing them otherwise they cannot be there at all. Care needs to be taken so that separating those and fanning about them could result in encouraging the development of dictatorship and individual cults. This is not an Oromo culture and tradition. It belongs to the colonizers who had kings.

Let us focus on building institutions and not glorifying individual leaders.