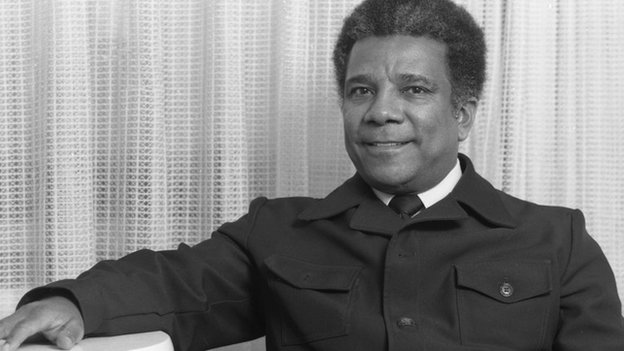 With regard to cultural homogenization between the Oromo and the Amhara, earlier centuries left the rivalry unsettled. From the 17th century sedentary Oromo started integrating with their Amharic-speaking neighbors. Some Oromo chiefs acquired some political power in the wider Ethiopian monarchy. Emperor Iyasu II (1730-55) was half Oromo and promoted a network of Oromo allies. Indeed, this was the period when the Oromo language became the language of the court at Gonder. Homogenization in this era favored the spread of Oromo culture.

In late 18th century the central government of Ethiopia weakened considerably. Local princes and governors carved out greater power and asserted autonomy for themselves. This period was known as the Zemene Mesafint, and was characterized by dis-homogenization, in the sense of decentralization of power. The Oromo dynasty of Yejju Chiefs produced a string of warlords who exercised disproportionate influence on the weakened titular emperors of Ethiopia. Some Oromo Chieftains became virtual Regents of the Empire.

Power transfer through marriage was another method of hegemonization. Ras Ali of Yejju ascended to pre-eminence in 1779. As the Emperor of Ethiopia lost hegemony during Zemene Mesafint, the Yejju Oromo became de facto custodians of the Empire.

In 1855 Ras Ali II of Yejju was defeated by Kassa Hailu. Almost out of the blue Kassa Hailu became Emperor Tewoderos II. From then on the Oromo not only declined politically; they also became gradually marginalized culturally. The Oromo language was even banned from official institutions very much like the Kurdish language was later discouraged in the Republic of Turkey under the legacy of Mustapha Kemal Ataturk. The Amharaization of the urban Oromo elites accelerated the process of cultural homogenization from the nineteenth century onwards. The treatment of the Oromo by the Amhara was almost a dress rehearsal of the treatment of the Kurds by the Turks a century later.

Lady Menen of Wollo became Empress in the nineteenth century; Ras Muhammad of Wollo became Ras Mikael and subsequently Negus of Siyon. He fathered Emperor Iyasu V. In the twentieth century Lady Menen of Ambassel became Empress Consort of Haile Selassie I. These were forms of homogenization in more than one sense. They were the mixing of biological genes, as well as the erosion of cultural differences (heterogeneity).

Was there counterpenetration of Amhara culture by the Oromo? In reality Oromo counterpenetration into Amhara society did not include language. The Amharic language was bound to absorb some words and phrases from the Oromo linguistic heritage, but very few Ethiopians of Amhara descent embraced the Oromo language instead of Amharic. A lot more Oromo adopted Amharic instead of the Oromo tongue [Oromiffa or Afaan Oromoo].

In the transmission of religion there was some exchange. Millions of Oromo were Christianized as a result of contact with the Amhara. Emperor Yohannes IV even forced Christianity upon large numbers of the Oromo in the late 1800s on pain of the Oromo losing their properties. These were trends towards religious homogenization.

While the indigenous Gadaa system of governance of the Oromos did not influence the imperial monarchical system, the indigenous warrior tradition of the Oromo did result in a disproportionate military role for the Oromo within the Empire. Menelik II allied with Ras Gobena’s militia to expand Menelik’s empire eastward and southward. Haile Selassie’s father, Governor of Harar, was a top-general in the Battle of Adwa when Melelik’s forces defeated the Italians. Emperor Haile Selassie I was in part of Oromo descent, as well as of Amhara ancestry. Haile Selassie symbolized Oromo counter-penetration of the Amhara at the highest political level. But he was in denial about his Oromo genes. Haile Selassie was the de jure Emperor of Ethiopia from 1930 to 1974. Iyasu V, another Oromo-Amhara, had been the de facto but uncrowned ruler of the Empire in the nineteenth century.

Have the Oromo been an internalized colony of the Amhara? Yes, but there are degrees of colonial status. A closer look at another imperial power would clarify these degrees of subordination. Before Great Britain became a global empire, it consisted of internal colonization. The English people were the equivalent of the Amhara.

Linguistically the whole of the United Kingdom was homogenized and became English-speaking. But the status of the component parts varied. The most deeply colonized and dominated was Ireland. Indeed, for centuries, the Irish were treated by the English as an inferior “race” right into the earlier years of the twentieth century. Next in status within the United Kingdom was Wales, which was also treated as an inferior partner to the English for centuries, but was not as humiliated as the Irish.

The most respected partner in the United Kingdom to the English was Scotland. Its union with England under the Scottish Stuart Kings in the seventeenth century (James I and Charles I and their post-Cromwellian successors) was voluntary. The union put a Scottish King in the throne of England. Scotland developed its own Church of Scotland (partially distinct from the Church of England) and retained its own parallel currency into the twenty-first century. In spite of the rise of the Scottish nationalist movement in the second half of the twentieth century, the Scots were essentially almost the equals of the English for most of the time since the formal union of England and Scotland under the Stuarts in the 1600s.

There were times in Ethiopian history when the Oromo elite and the Amhara elite were more like the English aristocracy alongside the Scottish aristocracy – not quite equal, but retaining substantial mutual respect. There have been other periods of Ethiopian history when the Amhara treated the Oromo in the way the English once treated the Irish – as a lower breed of people, and an internalized colony.

But what about the Oromia of the future? Will it be more like Scotland – autonomous and dignified but not totally equal to England politically? Or will it be more like Ireland before the first half of the twentieth century – a de facto colony in subjection to the English? Or is there a chance that Oromia would one day become the equivalent of the Irish Republic – sovereign, free and increasingly prosperous? If the whole of Ethiopia had been governed in terms of so-called “one man, one vote,” the Oromo would have had an edge.