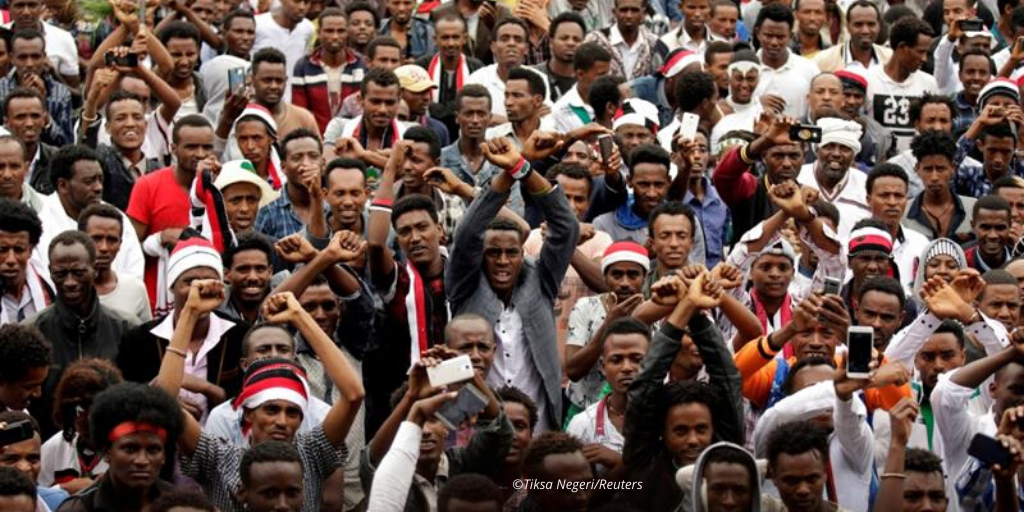 The Oromo question, problems, and demands have always been overshadowed by other major events around the globe and even in tiny Ethiopia. While many would argue that a collective effort by the Habesha elite and neo-colonialists is the reason, others insist that the Oromo elite shoulder most of the blame.

This argument is supported by the welcoming attitude of the elite towards the proposed national dialogue but empowered by a history of failing to deliver popular demands or even a roadmap towards total liberation.

National dialogue, in the form it is proposed, will guarantee that the Oromo will stay within the empire for years to come. The Oromo elite endorsement of that dialogue is in and of itself a problem. It is also often used as a tool by those opposed to the liberation of the Oromo to rationalize the violent crackdowns we are witnessing across Oromia daily.

This inclination of the elite towards answering the Oromo question by staying with the Empire is not something new. However, it begs the question of whether or not these bold and careless moves enjoy public support.

However much support may exist, comes not from the public understanding of the ramifications of the idea; rather, it is a result of long-existing anxieties that have fostered seeds of division that we Oromos have collectively failed to address.

A division that resulted in repeated failures with damaging effects on consecutive generations and effectively set the movement on a path away from the goals set by the founding fathers of Oromo Nationalism. The goal of all goals: “Total liberation of Oromo lands”.

What is the goal?

Before crying out to the international community about the crimes of the Ethiopian regime in Oromia, and asking for its intervention in a conflict that is overshadowed by every other conflict in the World, Africa, and even Ethiopia, one must stop and ask oneself if the Oromo elite and public share the same goal.

If your answer to that question is yes, then you must present the evidence needed to back that argument. Because that answer would indicate that staying with the Ethiopian empire and trying to democratize it; is in fact what people under siege in Bale, Borana, Guji, Shewa, Wollega, and Wollo, and people in Eastern Oromia who are under constant attacks by Afari and Somali regional special forces want.

No is the most likely answer to that question. The proof can be found in a single conversation with an ordinary Oromo. In these conversations, the word Biliisummaa (Freedom ) is uttered  when asked about their aspirations and hopes. But the sense of defeatism our (Oromos) elite possess, has seeped into the public psyche and sentences like “We will never get it” and “What can we do?” are uttered right after.

Again, one must ask: does freedom for Oromos mean ruling over the empire and subjugating everyone within its realm at their cost? If the answer is yes then one must accept the cost. The cost is the suppression of public demands by employing a violent and brutal crackdown in Borana, Guji, Shewa, Wollega, and Wollo as well as employing starvation, conscripting youth, and demonizing propaganda of Muslim Oromos in Bale, Arsi, and Hararghe.

Moreover, the elite who hide behind big words such as Qabsoo (Struggle), Biliisummaa (Freedom), Tokkummaa (Unity) and propagate big agendas like “Finfinnee is ours”, must state that the intent behind any talks with the Ethiopian regime is aimed at achieving said goal.

I am all but certain that only a few disagree that the word Biliisummaa when uttered by an Oromo means total liberation. We (Oromos) imagine a utopian Oromia where Ganduma (Tribalism in English) has no feet, religion is not used to divide but to bring communities closer, colonial settlers are not the deciders of Oromo destiny, and the colonial project named Ethiopia is no more.

Here is the goal: What should we do?

It is a universal fact that no elite class is in sync with the people they claim to represent. But unlike the Oromo, every nation globally has found ways to force its elite to succumb to its demands. Since nothing is new under the blue sky, Oromos as a collective must find a way to force a lazy and complacent elite to meet these popular demands.

Despite my belief that freedom can only be achieved by waging an armed struggle, I recognize that others argue otherwise and cite past failures with experiences of an armed struggle as a base for that argument. Others who neither oppose nor support the armed struggle, argue that the absence of clarity on part of the Oromo Liberation Army (OLA) is casting doubt on its validity. As a result of these contradicting presentations, the ordinary Oromo is left with burning questions, a sense of hopelessness, and defeatism.

In the past, factors such as division lines along Gandaa, Religion and Political ideology, and the strong presence of the herd mentality in an illiterate society like that of the Oromo allowed the elite to go about their lives and repeat their mischiefs without fear of repercussions. This has to change.

For that to happen, the religious clergy must side with the public and protect their interests, scholars and professionals must work towards raising awareness about issues such as nationhood, citizenship, and universal human rights but most importantly, the educated Oromo class is widely known as the “Qubee Generation” must hold the elite accountable. The Qubee generation should never allow the failures of the 90s and 2018 to be repeated, they must delegitimize those who participated in further subjugation of the Oromo by any means necessary.