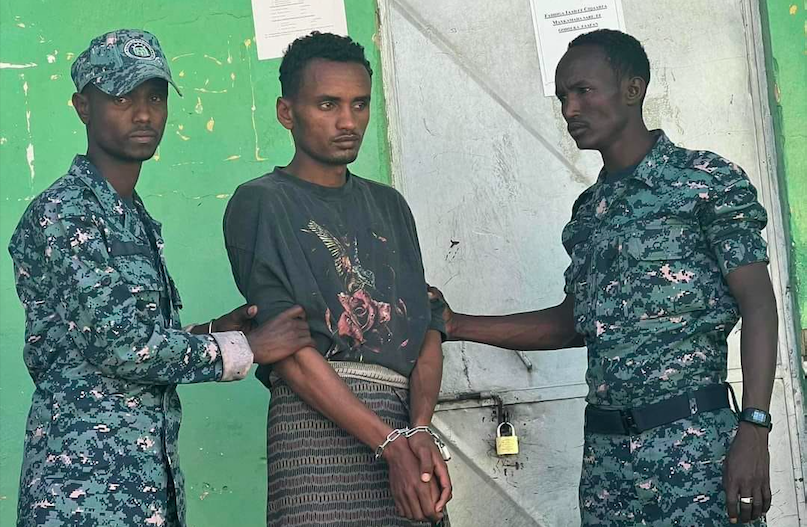 The police officer who shot and killed MP Juweria under police custody in the Somali region.

On Monday, 12 December, an Ethiopian federal police officer was sentenced to death by a high court in Jigjiga for the murder of Somali region MP Juweria Subcis on October 25.

The officer, an ethnic Amhara, was found guilty of intentional homicide by the high court in Jigjiga, the capital of the Somali Region.

Juweria Subcis, a member of the ruling Prosperity Party Central Committee and the Somali regional state Parliament, was killed at Garad Wilwal Airport.

According to witnesses, the officer opened fire inside the airport, killing Juweria and injuring five others.

Juweria’s sister, Fowsia Musse, a Somali-American from Maine, was among those injured in the shooting. She has since returned to Maine with her two youngest children, where she is undergoing medical treatment.

“Justice has rightfully been served with no delay: though this verdict won’t bring back our dear sister, it will be a warning for every soldier not to point his gun on [the] innocent,” said Zuber Mahamed, a resident from Jigjiga.

Death penalty is legal in Ethiopia and can be carried out as long as the president approves it by denying amnesty or pardon.