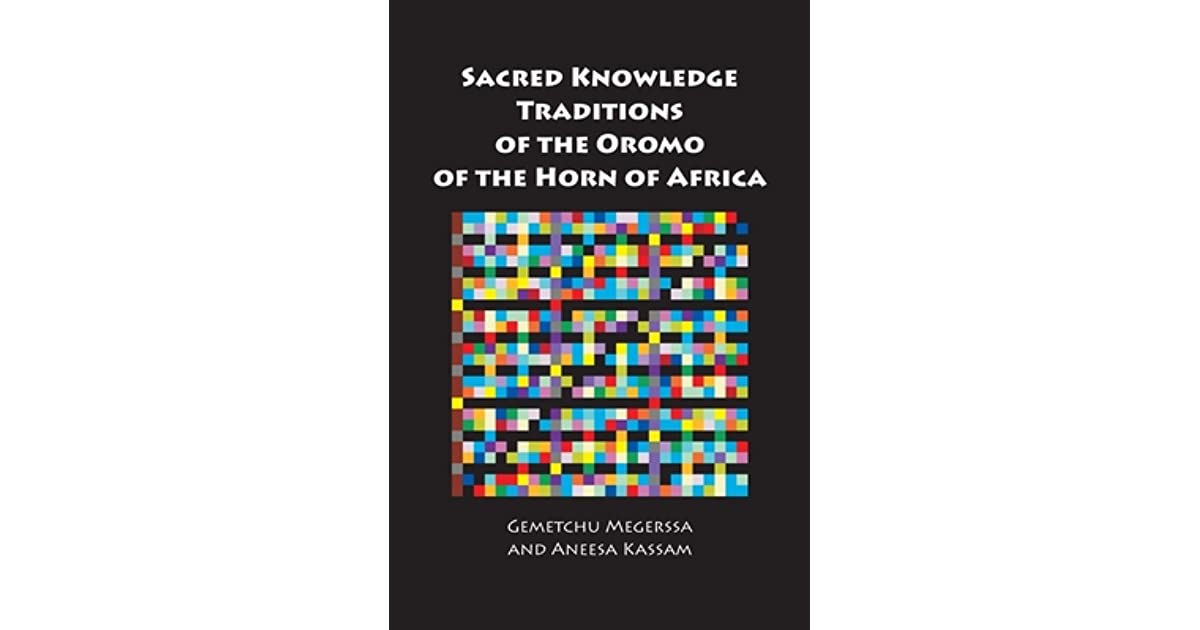 We open this chapter with a story about Ruda Kura, Gemetchu Megersa’s paternal grandfather. The purpose of relating this personal narrative is to give an experiential account of Abyssinian (Amhara & Tigre) colonial rule, which the Oromo call Sirna Gabroomfata (“System of enslavement”). The telling of this story also enables us to set the stage for this study. It is one amongst thousands that could have been narrated to illustrate the collective experiences of the last five generations of Oromo in the Empire-state that became Ethiopia at the end of the 19th century. We begin by contextualizing the events.

In the early period of the regime led by the Derg (Provisional Military Advisory Council) that had deposed Emperor Haile Selassie in 1974, Gemetchu Megersa was serving as the district director of the “Land to the Tiller” agricultural reform program in Wallagga in Western Ethiopia, where he was born. Shortly after taking up his post in Dambi Dollo, he sent a member of his domestic staff to his grandfather’s village, situated on the foothills of Gaara (Mount) Mao, with instructions to accompany the aged Ruda Kura back to the town on horseback. Ruda Kura was born in about 1870. In 1894, on the death of his father, Kura Hedde, he assumed the custodianship of the bokkuu sceptre of authority of the Sayyoo clan-family of the Macca, one of the territorial groups that forms part of the Oromo nation. This hereditary sceptre of authority is said to be a replica of the one of belonging to Makkoo Bilii, the great cultural hero and law-maker of Macca.

At the time that Ruda Kura acceded to this traditional political office, it was already in decline due to the rise of local warlords. In 1908, after administering the Macca through the intermediary of this “big men” the Emperor Menelik II’s government imposed direct rule over the province. Following the Amhara occupation, thousands of Oromo families suffered the mass alienation of their ancestral lands. As they sat together after their evening meal, Gemetchu Megersa boasted: “Look at the members of my generation! Look at what we have achieved! We have removed the oppressor and the peasants have retrieved their lands!” This provocative statement, implying that Gemetchu Megersa’s generation had accomplished what their elders had failed to, was made in the context of the joking relationship between grandfathers and grandsons in the Oromo culture.

“In 1886, the Macca witnessed the coming to power of Jootee Tulluu. We were happy and prayed that being Oromo he would protect us from Ras Goobanaa’s troops and from the conquest of the Amhara. But soon after Goobanaa had appointed him Dajjaazmach (Amharic ‘governor’), Jootee began to oppress and impoverish us. He forced us to pay tribute to him whether in salves or Maria Theresa dollars. When the people protested, Jootee tied heavy grinding stones onto their back and hurled them off the Qambarii cliff. Witnessing all this, our people began to pray to the almighty Waaqa to remove Jootee from power. Waaqa heard their prayers and Jootee was replaced. We were overjoyed. We foolishly came out and sang and danced in the streets and thanked Waaqa for the coming of (the Amhara governor) Dajjach-Birru. None of us questioned Dajjach-Birru’s agenda. None of us asked how Birru was going to improve the lives of the Oromo.

Before long, Dajjach-Birru implemented a policy through which he assigned a member of Macca families to every nafxanyaa (‘armed soldier-settlers) that had accompanied him from Shoa. Our wives and daughters became his slaves (Amharic Gabbar). Our women had to cook for him and for his soldiers, to gather firewood for them, to draw water from the river for them. The young folk were forced to tend the army’s horses and mules. All our land became Birru’s personal property. Every family was forced to pay him tribute in cash or kind. The people had no time to work for themselves. The country became barren and people starved, while Birru and the settlers feasted. We suffered greatly, even worse than under Dajjach Jootee. And we paid dearly for condemning Jootee and welcoming Birru.

Again, we cried out to the almighty Waaqayyo who has the power to do anything and everything. Waaqa heard our prayers and in 1936, he sent the Italians who drove out Dajjach Birru and the nafxanya settlers. In the usual way, we Oromo came out into the streets and sang and danced, rejoicing that Birru had been removed. Nobody questioned the agenda of the Italians and if their coming was going to improve our lot. We were just happy that Birru had gone. Even though the Italians were so different from us, we thought that they would be better than Dajjach Birru. So once again we miscalculated and failed to see the removal of Dajjach Birru, like that of Dajjach Jootee, didn’t improve matters. In fact, it made them even worse. In order to build roads for their vehicles, the Italians forced our people to work away for their own farms for five days of the week. Anybody who resisted was shot dead on the spot. When someone reported that a contagious disease had broken out, the Italian locked up occupants and set the house on fire to prevent the disease from spreading.

We witnessed all this helplessly and cried out to the almighty Waaqa. Waaqa heard our prayers and in 1941, he brought the British, who came with their armies from Sudan and drive out the Italians. Again, nobody questioned why the British were driving out the Italians. We were once again to commit an error by celebrating the removal of one enemy by another, only to become an even worse enemy. We accepted the British and their troops and thought that their rule would be better than that of the Italians. But very soon, they brought back Haile Selassie.  We were told that the flag of the country had been reinstated and that it would be a new dawn of us. Instead, it was our darkest hour. We were left with only a small plot of land on which to grow our food. We were forbidden to speak our language. We were forced to be baptised in the nearest river. A person whose language we did not understand uttered some words and threw a handful of water over us, naming all the men Woldemariam and the Walatamariam. We had to accept this humiliation. We had to accept the loss of our lands and pay the heavy taxes that the Amhara imposed on our donkeys, mules, horses, cattle, sheep and goats. They taxed everything, everything that we produced. We were reduced to destitution.

Once again, we stretched our hands out to the almighty Waaqa and cried for his help. He heard our prayers, and in 1974, he removed Haile Selassie from power. And now you tell me that this person you call the Derg has taken over. Instead of asking who this Derg is, and what he is going to do to improve our lives, instead of asking why he has sent you here, you are once again making a grave mistake, the same mistake that we ourselves made repeatedly in the past. You can be certain—I am too old and I may not see it— but mark my words, you will see in your own lifetime that this so-called Derg is just another oppressor. He is not going to be any different from the previous oppressors. Just wait and see.”

Ruda Kura passed away later in the same year without having revealed to his grandson the trials and tribulations that he had endured during his life-time at the hand of the different colonial administrators. Many years later, Gemetchu Megersa learnt from some of the Macca elders that Dajjach-Jootee had had his grandfather chained like a dog to a tree in the marketplace for three years for refusing to pay the ‘slave taxes’ that he had levied on the populace. It was these human chattels that Jootee exchanged with Arab traders for firearms. Gemetchu Megersa was told that after his release, Ruda Kura took refuge in the neighbouring, related Burrayyuu Macca clan, returning to Sayyoo country only after Jootee had been arrested and imprisoned by Menelik II in the capital. He also learned that Jootee’s successor, Dajjach Birru, had had Ruda Kura publicly flogged for refusing to condone Amhara rule at a meeting that the governor had called in the marketplace and for subverting it by advising the Macca assembled to resist the coloniser.

Ruda Kura was again forced to leave, only to face another life-threatening situation orchestrated by the opponents of the traditional system of governance on his return. On the advice of some of the Amhara settlers and of their Oromo collaborators, the Italian administrators ordered Ruda Kura, who was reputed to be a traditional ‘rain-maker’, to end the prolonged drought that had coincided with and was attributed to their coming. When Ruda Kura protested that it was only Waaqa who had the power to make rain, he was arrested and sentenced to death for disobedience. It was only through the intervention of a locally-based Greek merchant-industrialist, Dimitri Valendis, a close friend of the family, that the sentence was commuted to public flogging. Ruda Kura fled his home once more. He returned after the reimposition of the Amhara rule, having courageously upheld his moral stance against all the previous rulers and with a firm determination to continue resisting those that followed.

Gemetchu Megersa heeded his grandfather’s words of warning. What Ruda Kura had predicted came to pass. As time progressed, the Derg military junta instituted a reign of terror in the country. During this turbulent period, Gemetchu Megersa was arrested and imprisoned several times for his non-violent cultural resistance to the regime. He also underwent torture. At one point, he sentenced to death, but managed to escape his captors. The Derg was eventually ousted in the mid-1991, after a protracted armed struggle carried out on several fronts by the different ethnonational movements, one of which was the Oromo Liberation Front, made up of a coalition of five territorial forces.

In the transitional period (1991-1995) that followed, those whom the Oromo call the Wayyaanee (Tigrayan) led by prime mister Meles Zenawi, blocked the legitimate leaders of the Oromo from assuming their rightful places in the federal government. Instead, the Tigrayan Peoples Liberation Front (TPLF) installed a puppet leadership in the newly created Oromia regional state, made of the bilingual descendants of the Amhara nafxanya settlers and their sycophants.

Until 2018, this regional governing party was known as the Oromo Peoples Democratic Organization (OPDO). It formed part of the Ethiopian People’s Revolutionary Democratic Front (EPRDF) coalition. Through its rigged elections, the EPRDF has been in power since the party was formed.

As a surrogate of the EPRDF, the OPDO acted and spoke in the name of the Oromo and made policy decisions that influenced the lives of the masses, whilst undermining all the values that they stood for. It leased their lands for foreign consortia, conceded their mining right to multi-national investors, and remapped the regional state of Oromia. It also distorted the Oromo language and its cultural meanings through its communications in the mass media using an Amharized version of their speech. This ambiguous state of affairs, in which the Oromo were nominally free, whilst in practise still colonised, was one of the most dangerous and critical of times in their history. The situation was, and still is, extremely complex, with many strands, and factions and players, even within the former OPDO, between whom there are numerous internal tensions and in which different external powers are continuing to play a part.

Editor’s note: This short story is an excerpt from Gemetchu Megerssa & Aneesa Kassam’s book,  Sacred Knowledge Traditions of the Oromo of the Horn of Africa. You can purchase it here.