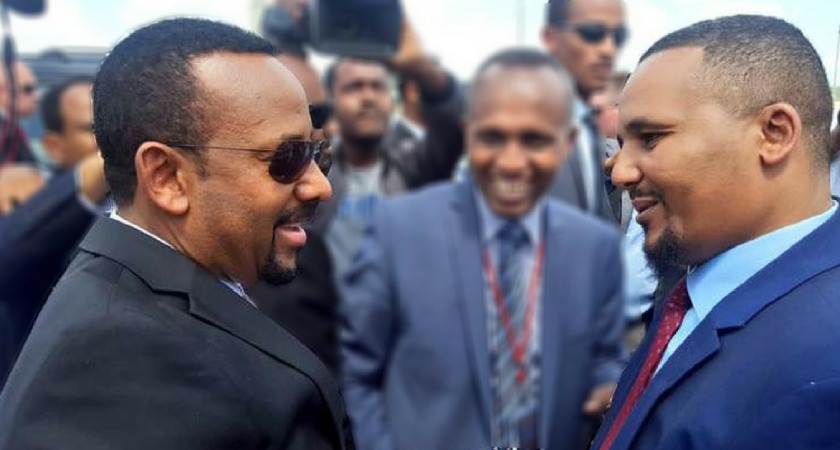 Finfinne – Moti Begi, one of the handful young Oromo politicians recently elected as the executive committee member of the Oromo Federalist Congress (OFC) warned in a now-deleted Facebook post people who were criticizing Jawar Mohammed, the deputy chairman of the OFC.

He said, “One thing needs to be clear. Jawar Mohammad is the Deputy Chairman of OFC. Harming him amounts to harming the OFC, attacking Jawar is attacking OFC.”

His remarks come in the backdrop of week-long reports that claim Jawar Mohammad is in Nairobi with people who are closely linked with Prime Minister Abiy Ahmed as part of an effort to disarm the Oromo Liberation Army (OLA) which is engaged in armed conflict against federal and regional forces in Western and Southern Oromia.

Consequently, a number of Oromos took to social media to criticise the Deputy Chairman who has been silent since his release from prison, save for posting pictures of himself that show solidarity with the ever-increasing victims of state violence in Oromia every now and then.

A Facebook page named “Sololo Times” wrote, “you can believe in Jawar as your Allah or Christ. There are people who still worship Haile Selassie and think of him as their God, after all. This is not a problem. But we will not stop talking about the conspiracy of your God just because you believe in him. This is not about Jawar; it’s about the Oromo whose lives are being scattered like leaves.”

As the back and forth between critics of Jawar Mohammad and his supporters is still ongoing, an explanation as to why Jawar chose silence over speaking about major events in Oromia was not offered.

The campaign against Jawar Mohammed comes amid a divide among Oromo activists in two camps, with some supporting the armed struggle that is being carried out by the OLA and others supporting a political settlement sought after by major Oromo politicians and parties.