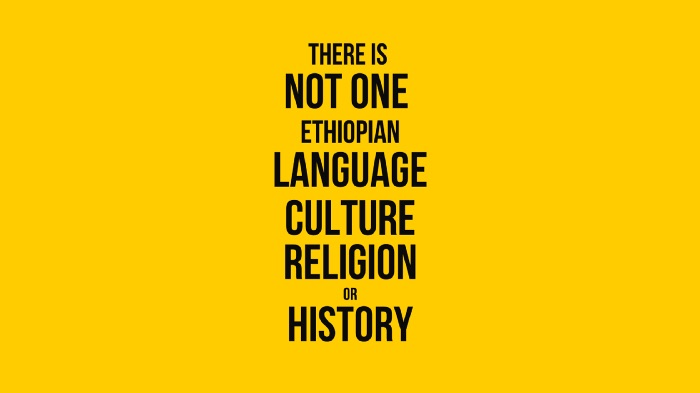 What Africans Commonly Overlook about Ethiopia

Ethiopia is home to over 80 individual native languages — the majority of peoples use their native languages at home and locally. Amharic emerged in the late 19th and throughout the 20th century as a dominant language because it was the language of the Ethiopian empire & was imposed as a national language in the conquered territories until 1991. It continues to be the only federal working language — a matter heavily contested & that remains at the center of political debates today.

Ethiopia is home to over 80 Indigenous groups with rich cultures, worldviews, and philosophies. Amhara culture emerged in the late 19th century as the most dominant as it was adapted by the Abyssinian (Amhara-Tigray) rulers who created the Ethiopian empire. There is no one standard of beauty among Ethiopia’s people, although certain features, cultural attires, music, and images have emerged as dominant through their promotion by the state. For example, among the Oromo, darker-skinned women (called magala) are traditionally favored and viewed as the standard of beauty. This is in direct contradiction to dominant ideas about beauty in urban Ethiopia that favor eurocentric features.

Ethiopia is commonly perceived as an Orthodox Christian country. But Ethiopia is home to a diversity of religions including many denominations of Christianity itself. Muslims make up more than 1/3 of the Ethiopian population of 110 million people. Ethiopia is also home to some of the oldest Indigenous spiritual traditions such as Waqqeefana, albeit these have been marginalized by the state in favor of Abrahamic traditions.

Ethiopia’s peoples have a plurality of historical narratives, collective memories, origin stories, and national heroes. For instance, we do not all think Haile Selassie is a great Ethiopian leader — in fact, large groups of people associate him with dispossession, violence, and oppression.

The Ethiopian state narrative that “Ethiopia was never colonized” is accepted without question or inspection by most Africans. But for many people groups in Ethiopia, the process of state creation was an experience of colonization and there are struggles in Ethiopia that are anti-colonial in nature.

Ethiopia as a country with complex histories, with a plurality of cultures, political visions and struggles, peoples and identities, many of whom are still fighting to secure basic right to their lands, native identities and languages and to overcome a past overshadowed by cultural erasure, economic dispossession, and political domination. Many political issues today have their roots in structural and historical issues that remain unaddressed.